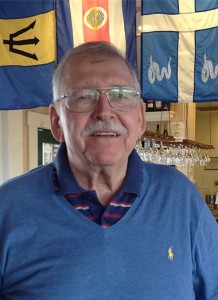 So many of you have asked us how we got the name Sears Landing. As I am sure you are all aware, members of the Batts family were some of the original developers of Topsail Island. Howard Batts (shown left), former owner of this property, relayed the following story as it was told to him by his father….

Many years ago, a pirate named Sears came ashore along the beach and made his way to the mainland and established a trading post on this site. He also operated a pole barge to ferry people over to the strip of land known as Topsail Island. The location of his trading post and ferry landing became known as “Sears Landing.”

In the 1940’s a pontoon bridge was in place just North of the current bridge’s position to accommodate the crossing of military folks from Camp Davis for artillery training on the beach and for Operation Bumble Bee down at the South end of the island. The Sears Landing Pontoon Bridge was replaced by the first swing bridge just before Hurricane Hazel and was destroyed by the hurricane and rebuilt shortly thereafter, around 1954. There is a plaque in the bridge tender’s house on the swing bridge bearing the name Sears Landing.

On the Intracoastal Waterway navigational charts you will find this causeway and the bridge approach labeled as Sears Landing.

In keeping with all of this tradition and history, the name was never in doubt. This is Sears Landing…. has been and always will be…. come high rise or high water!  You may even see an old grey pirate hanging around the place from time to time. 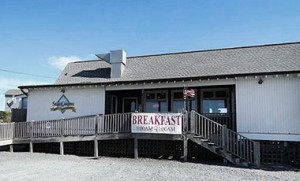 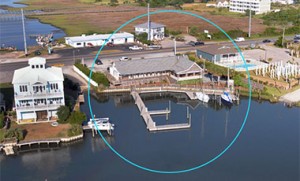 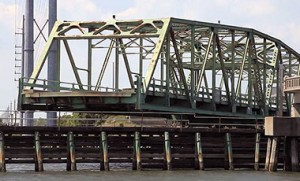 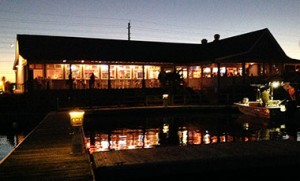